What is the “core mechanic”? And what does it have to do with game design?

The core mechanic of a game is the thing that players do over and over during a game. It’s the main action or the main task.

Sometime’s the core mechanic is a single activity:

And often, a core mechanic is a combination of activities:

A good way to think of this is through the “core diagram” – a diagram created by Charmie @ Funstorm. 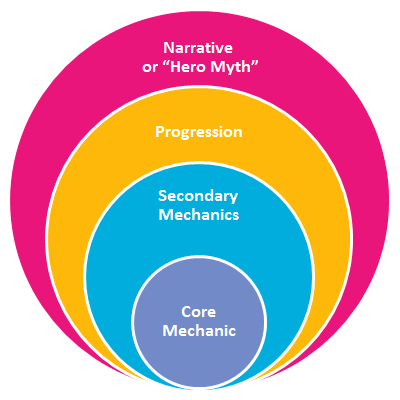 For example, this is the core diagram(s) for Monster Zoo.

Since Monster Zoo is a deckbuilding game, one of the core mechanics is a very familiar one – playing cards. You essentially play cards to gain more cards, which then allows you to buy even stronger cards (progression). You’re doing all of this to build out your deck which will help you win the game.

When I’m thinking of developing new cards for Monster Zoo, I try to refer back to this diagram and make sure the card is makes sense with the core game mechanic. Is this card in some way related to the core mechanic of moving Monsters or playing cards? If not, I’d better have a good reason for introducing a brand new core mechanic.

That doesn’t mean there isn’t room to expand on a core mechanic, just that it’s useful to keep the core mechanic in mind during development.

Here are a few specific examples from Monster Zoo: 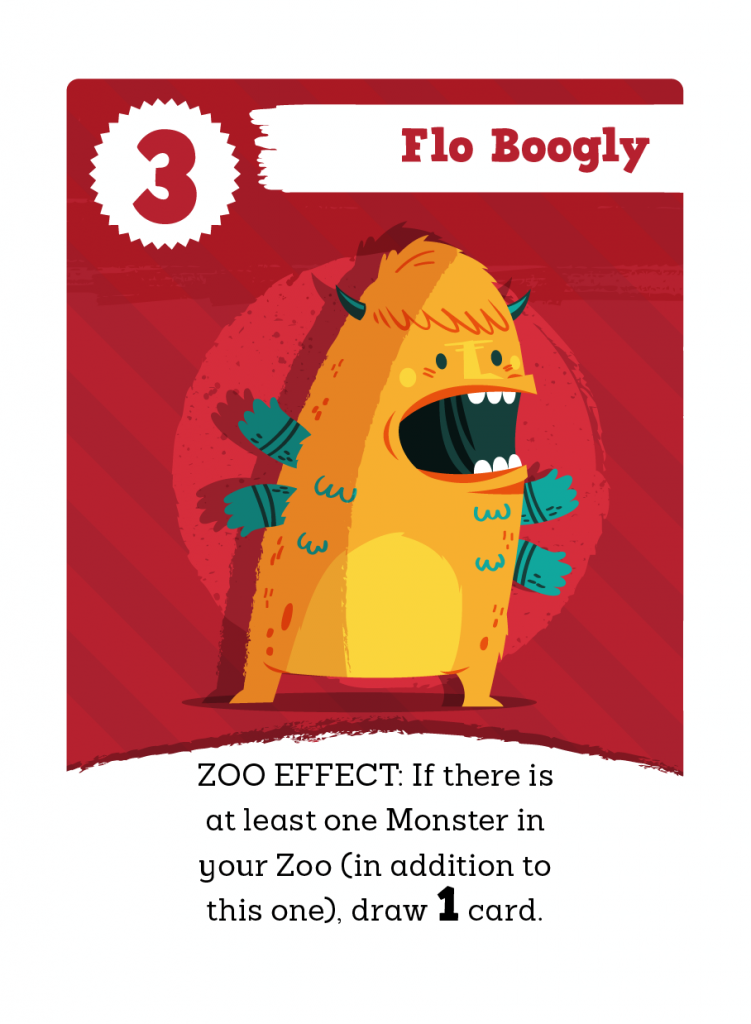 Flo Boogly is a pretty straight forward card. It has no play action, but if it’s in your Zoo, you get to draw an extra card each turn. This hits on both of the core mechanics of the game: playing cards (by drawing more cards) and moving monsters in to your Zoo (because Flo Boogly provides benefits when it is in your Zoo.) 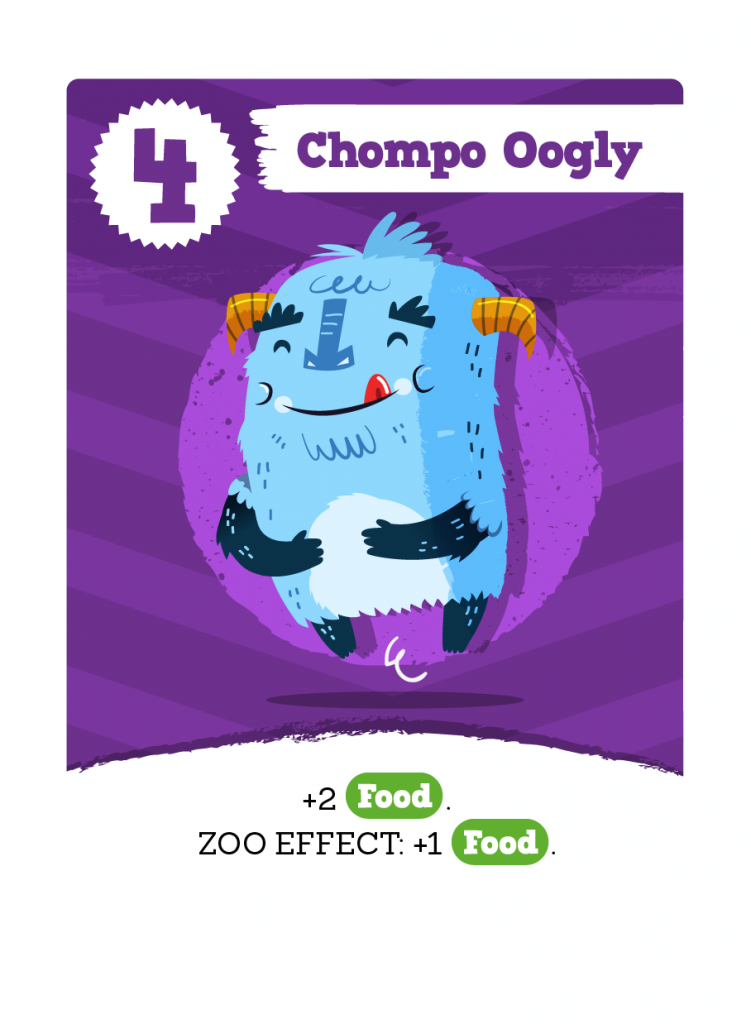 Chompo Oogly is a bit more complex. You can either play the card for 2 Food resources OR if it’s in your Zoo (and can’t be played normally) it will give you 1 Food every turn. So you have an interesting decision, that again lines up with both core mechanics of the game. Earning more food will help you buy more cards, which helps you play stronger cards later on. Moving Chompo into your Zoo will give you a reoccurring effect that provides a long-term benefit.

What are some of the core mechanics and core diagrams of your games?