I recently got a chance to interview Beau Langston, designer of Domain: Lods of Ether, a game where players build the game world as they play. Really interesting! Let’s dive into the interview. 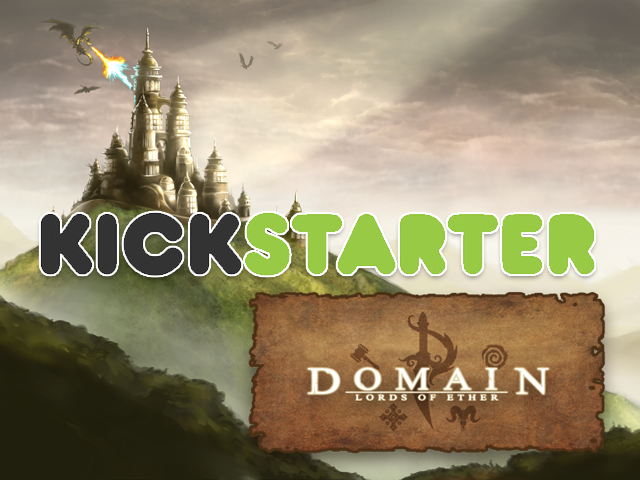 I am Beau Langston from the company A Jolly Corpse. We are a small game development company based out of Denver, Colorado. I have been making independent games for almost 15 years now, and playing them for close to 25. I started with making video games, but my love for CCGs and TCGs inspired me to try my hand at one of my own. And the result is Domain!

2) Can you describe Domain: Lords of Ether in a few sentences?

Domain is a TCG for 2-4 players, which focuses on a world building mechanic and simple combat outcomes. In a lot of ways, it’s more of a board game than it is a card game. Players build the game world and claim territories. As their territory expands, they gain more Ether, which they can use to summon stronger monsters or cast more powerful hexes. Each player is represented by a Lord, who has a set of abilities, which players can usually access once a turn. These are key to many victories. Battles were designed to be simple to execute, with a heavy emphasis on abilities and counter ability mechanisms. The game’s name itself comes from the 5 domains of the game world: Gloom, Faith, Order, Chaos, and Deception. By matching these together, monsters become more powerful!

My favorite mechanic in the game is the world building and how it changes how each game feels. Some playthroughs, all players will have a lot of separation between them, allowing each player to form little bases. Other playthroughs, the game will be a complex network of inter-connecting paths, where retaining properties is a constant challenge, and a lot more hex-play comes into effect to try to keep your opponents at bay. We were sure to include a lot of abilities and hexes which can alter the game world, so nothing is set in stone once laid.

4) Tell us how you came up with the theme for Domain: Lords of Ether.

Domain was developed through several iterations of trial and error. I came up with several premises and Jesse (my co-developer) would modify and improve upon the concept. Initially I wanted to do something that involved three groups of players–each with a unique goal, but this was turning out to be too complex for practical play, so we simplified some of the concepts and put more emphasis on the world building.

I am a fan of the persistent hexes like “Land Sap”. When played on an opponent’s Soul Well, it prevents them from putting monster ether value over the Soul Well ether value. This results in crucial Soul Wells from having much in the way of defense. It’s also an expensive card to discard once played, so opponents have a tough choice ahead of them.

6) What are some other games that if other players liked that game, that they would like Domain: Lords of Ether?

The best comparisons would be between Risk, Magic the Gathering, or Carcassonne. The path elements and defense tactics have more in common with board games, but the combat itself is very similar to Magic the Gathering. The combat was designed to be for more casual gamers, and to put the focus of the game on resource management and strategy.

7) Domain: Lords of Ether is your first Kickstarter board game project. What are some of the things you’ve learned from this experience that you think other Kickstarter creaters would benefit from?

It is! And our largest recommendation so far would be to not rush anything. Kickstarter is a tough world and the best chance you have for survival is to be noticed and have a lot of hype going into your campaign. A majority of your pledges at first are going to be from the Kickstarter webpage itself. So having a lot of support from the community to survive those middle weeks is crucial! A well developed kickstarter page can land you on the staff picks, which is where you’ll want to be!

8) What were your design inspirations for creating Domain: Lords of Ether?

Originally the design inspiration came from the desire to create a dungeon crawler and overworld-like RPG experience in the form of a board game. When there were going to be 3 players, one of them would be a dungeon master, and build the overworld for the players. But when this was determined to be too complex, we gave this power to the players. Combat was much more complex at one point, but it was difficult to keep track of the amount of combat that could potentially arise, especially with the number of battles and hexes occurring. So stream-lining everything helped a lot.

9) What type of gaming experience do you hope to create for the players of Domain: Lords of Ether?

We would like to have a good sense of community and rivalry while the game commences. The frantic rush for the first available Soul Wells and the mounting of forces leading up to the final crucial battles. There are great Sieges, petty feuds and baiting tactics. The overworld creates a lot of choices, and the resource management means no one is out of the game for long. Even if things look dire, a good draw or clever play can change everything!

We have had a lot of fun playing and developing Domain. It really has taken shape as a unique project, which becomes clearer and clearer with each playthrough. The game still needs some work, but that is why we have a Kickstarter and not a full commercial release. We want all of you to be a part of the beta testing process and to really help us iron out the final details and be part of the Domain lore

Thanks for the interview Beau! Make sure you check out Domain: Lords of Ether on Kickstarter now.