Hi Michael, thanks for having us. My name is Justin Schaffer, and in February of 2013, my friend Robert Garza and I founded Terra Nova Games based out of Denver, CO and Austin, TX. Terra Nova Games was established as an outlet to share our passion for the hobby with others. Our goal is to encourage face-to-face fun through interactive and innovative gameplay. Guile is our own design and the first game we are publishing, and is launching on Kickstarter in June.

2) Can you describe Guile in a few sentences?

Guile is a 20 minute, medieval memory card game of deception and intrigue for 2 players. You are either the noble King Arthur or the nefarious Sir Mordred, and the Knights of the Round Table will be the instruments of your influence in Camelot. To win, you must trace the web of subterfuge and manipulate it to your own ends to wield the most influence when each Knight’s loyalties are revealed.

Guile is primarily a game of memory, but there are some subtleties of bluffing and deception that create a slight meta game. There are moments when “Well I know, that he knows, that I know…” happens and is really fun to explore.

4) Tell us how you came up with the theme for Guile.

Guile came together as a result of a game design contest where the component requirements for the contest were a maximum of 20 Poker cards and 10 cubes. The existing art of Kings, Queens, and Jacks from a standard deck of cards is where the medieval setting came from. Then once I created the circular setup of the cards, the gameplay lent itself to the theme of Arthur and Mordred and the Knights of the Round Table. 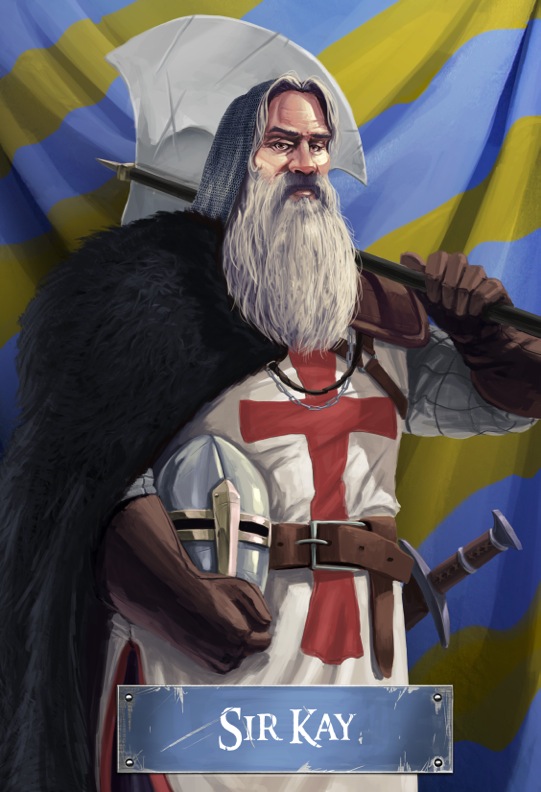 5) What are some other games that if other players liked that game, that they would like Guile?

I have a tough time answering this question, and a lot of playtesting feedback has also not really been able to think of a comparable game. If I had to choose one though, I’d say Hanabi. Although Guile differs in overall feel, Hanabi also has a very simple ruleset and requires the same level of memorization that is needed to be successful in Guile.

6) Guile is your first Kickstarter board game project. What are some of the things you’ve learned from this experience that you think other Kickstarter creators would benefit from?

I recently saw this meme online that is a good testament of how not to perceive Kickstarter. 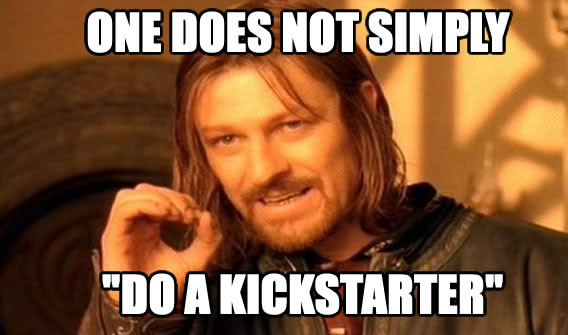 Launching a Kickstarter is not easy. Several months of preparation and research need to go into your campaign. For the past 4 months we’ve been communicating daily with manufacturers, artists, distributors, composers, and reviewers all while trying to find the formula that results in a successful campaign. And that has been our most important discovery, there is no concrete formula that will guarantee a successful campaign. I’d recommend new Kickstarter creators check out this great series of Kickstarter lessons put together by Jamey Stegmaier of Stonemaier Games, but also be very involved with other projects and creators. So much can be learned by backing other projects and reaching out to other creators to see what has and hasn’t worked. The power of Kickstarter is not just in it’s platform, but in it’s community. Be yourself, be honest, be passionate. Love the community and they will love you back.

7) What were your design inspirations for creating Guile?

Lately I’ve been introducing games to a lot of people unfamiliar with the hobby. That has made me realize how important and necessary quick games with simple rulesets are. Therefore, I decided to model Guile after the creed of Two Lanterns Games (designer/publisher of Morels):

8) What type of gaming experience do you hope to create for the players of Guile?

Guile is quick to play with a simple ruleset and familiar theme which makes it approachable by casual and non-gamers. And since there is no luck involved, serious gamers could have Guile tournaments to prove who has honed their strategy best. Ultimately, we just want people to have fun playing our games. From what we’ve seen during playtesting, a lot of that fun occurs after the game when comparing and contrasting strategies with your opponent.

Thanks again for taking the time to interview us. We’re thankful to be a part of such a supportive community. Terra Nova Games strives to bring people together in person, to use games as a means of socializing and strategizing around a table of friends. We’re really excited to release Guile on Kickstarter in June, and have plans for some great backer rewards such as a 4 song soundtrack and dinner/games with us at BGG Con.

Thanks for the interview Justin!

One thought on “Guile – An Interview with Designer Justin Schaffer”