I’m planning to launch a Kickstarter for Monster Zoo in the coming months and have been in research mode trying to learn as much as I can about successful Kickstarter projects.

Using the data Kickstarter provides for the Games Category (note this includes Video Games as well since Kickstarter does not break out stats by Video Games and Tabletop), I did some analysis to better understand what projects succeed and what were some of the key metrics I would need to keep track of for my future campaign. 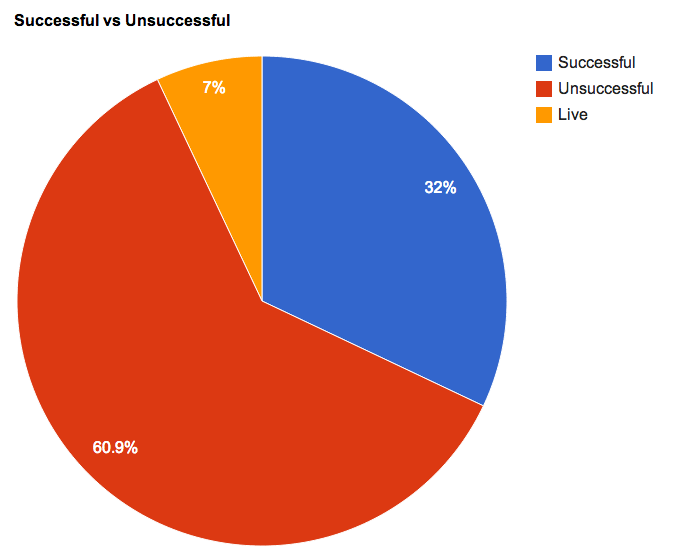 A little more than 30% of all projects are successful. If you look at just the finished projects, the rate for success increases a little. 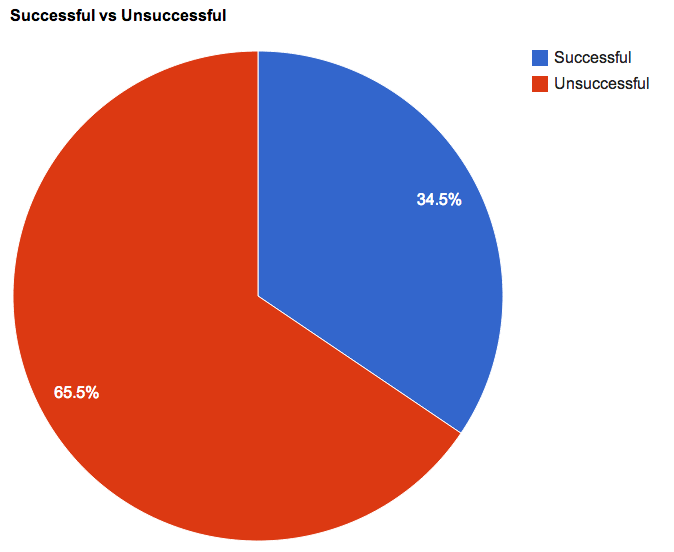 This brings up the success rate to almost 35%. That said, there is still a huge chance for most projects to not succeed. The ones that do succeed generally have funding levels that are under $10,000. 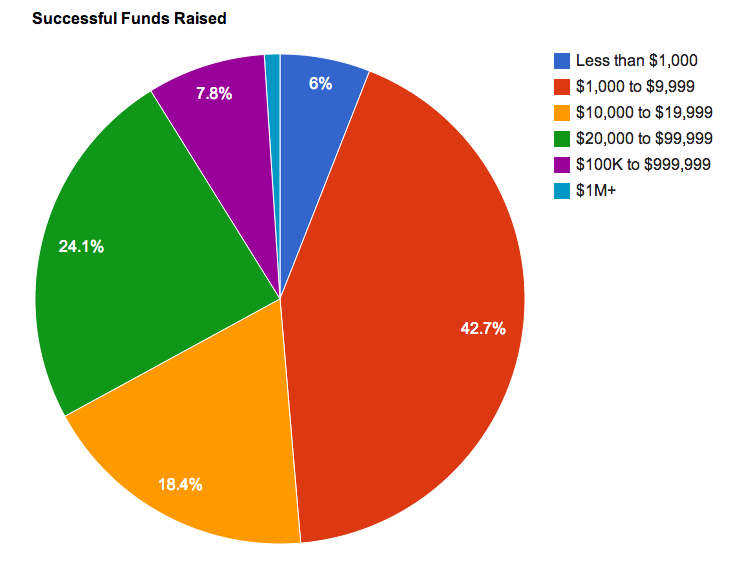 There are just as many projects that fund in the $10K-100K range as there are in the sub $10K range. Based on the data, I think the sweet spot is under $20K, with over 60% of all funded projects in the Games category ending in that funding range. 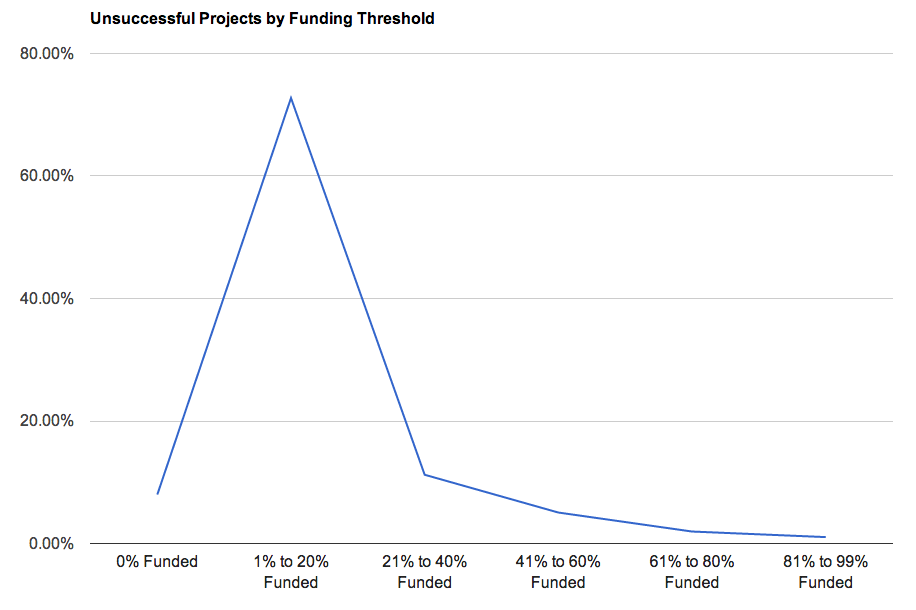 For unsuccessful projects, the major hump is still getting past the 20% funded range. More than 80% of failed projects do not reach beyond 20% funding. Once a project reaches 40% funding, there’s only about 8% chance that it won’t fund.

My takeaways from the data:

5 thoughts on “Kickstarter Stats for the Games Category”