A month ago, I started blind playtests for Monster Zoo.

Before this, I was present at all playtests. I could explain rules in person, answer any questions that came up, and generally guide the gameplay to a smooth experience. There were major benefits to doing these playtests in person. If the game broke down in a session, I could quickly tweak the game and everyone could play another round. Players could ask how a specific card or action could be used. The immediate feedback and prototyping cycle was great.

Based on all the playtest feedback, I continued to improve the game little by little. (The advice from this post was extremely useful during the feedback process.) After a few revisions, I decided to move onto blind playtesting.

Blind playtesting is nerve-wracking for a designer. During a blind playtest, you provide the physical game to a tester, and without any additional input they go off to play the game. You can’t help them with the rules or answer any questions. You assume that all the work you’ve put into the game has created something fun and playable. But you never really know.

So after deciding to move on to blind playtesting, I packaged up the most recent version of Monster Zoo and sent it off to my friend in San Diego. I purposefully didn’t give him any details regarding the game. His job would be to introduce Monster Zoo to his gaming group and give me feedback.

And this is when the nerves start to kick in.

I started to wonder if the game was even playable, if the gaming group would enjoy the game enough to get multiple plays in, whether or not the rules were clear enough, etc.

After a few weeks of trying to ignore these nagging thoughts, my friend came back to me with tons of feedback. It was a success!

Turns out my friend and his gaming group had been playing Monster Zoo daily for a few weeks.

Here’s the feedback I received:

The “broken” card that came up in the feedback process was “Wild Zoo”: 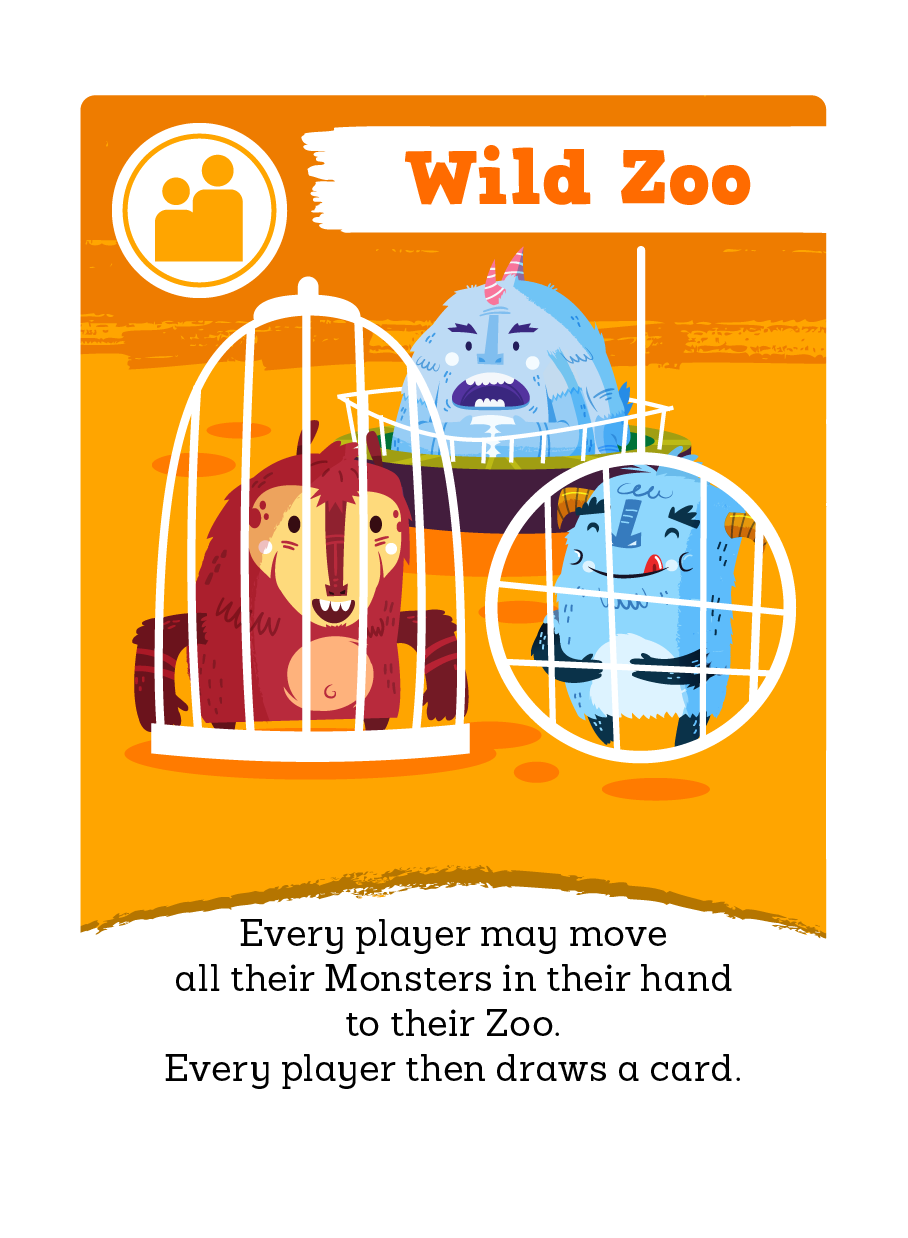 This card is an Event card that affects all players when it is drawn. In a few cases, when this card was drawn, there were players with really high scoring Monster cards in their hand. This then created a situation with huge point swings that felt a little too random.

There are other Event cards that allow players to move one Monster into their Zoo, so reducing the effect of “Wild Zoo” would make it a redundant card. For now, I’m removing this card from the game as I rework the effect.

Overall the feedback was extremely positive, much better than I could have hoped for. It totally floored me that a group of gamers with no real connection to me was playing Monster Zoo daily. Most of the new players introduced to the game had no problems picking up the game and playing within a few rounds. Players seem to be enjoying the combination of a light deck building game with strategy around managing the cards in their Zoo.