Time for another interview. This time around, I got to spend some time with Chris Green, designer of WarFields. 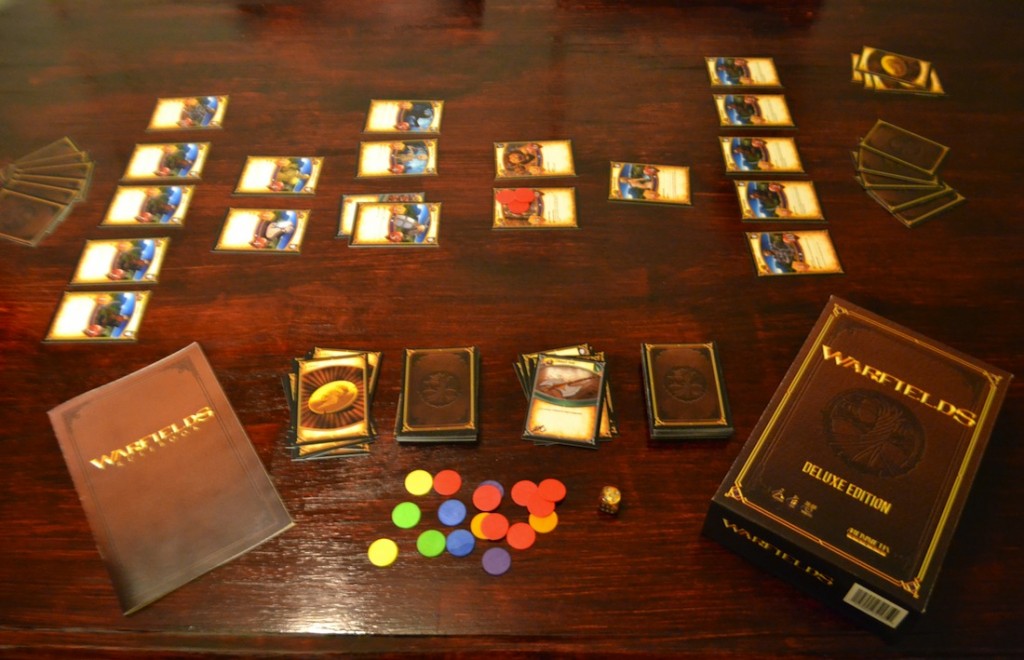 Sure thing. First I’d like to thank you Michael for giving me this opportunity to share with your readers about myself and my new game, WarFields.

My background is in graphic and web design, but I’ve loved playing all kinds of games my entire life. When I started creating Minecraft adventure maps a couple years ago, there was something fascinating to me about creating an experience others could play and enjoy.

I transferred that to table top games and created a simple adaptation to Chess. Instead of Checkmate being the goal, you had achievements you had to complete to win the game. I had so much fun making and play testing that game I kept going and made a totally different game, WarFields.

2) Can you describe WarFields in a few sentences?

My favorite mechanic of the game easily has to be the fielding.

There are six fields in the game. There is a Kingdom Field for each player and then the other four are in between the two Kingdom Fields. Your characters start in your Kingdom and progress across the other fields to battle against your opponent.

This is my favorite mechanic because the beginning fields are far away enough to allow each player time to build their army without being attack right away. This also eliminates the need for characters inability to attack when they are first played, “summoning sickness” as its called in some games. And still another reason is it allows for many modifications to happen within each field.

4) Tell us how you came up with the theme for WarFields.

I’m a huge fan of all things fantasy, especially that of Lord of the Rings or The Elder Scrolls. So it’s no wonder that my first battle card game is set in this theme.

With fantasy, the possibilities are endless. You can have simple sword fights between human warriors all the way to epic battles with dragons or gods. Races are vast and the mythical creatures at limitless. Abilities can physical or magical. With fantasy the doors are wide open to add any element to the game.

Fantasy is not only one of my favorite themes, it is also a positive theme among most people who read fiction, go to movie, and play games.

The last thing about fantasy is that it’s well established. People know what a Minotaur is without having to explain anything. They know what they look like and that they are physically tough. Same thing goes with Wizards, or Mages, or Archers. We know these character types and understand their strengths and weaknesses.

5) What’s your favorite Card in WarFields? 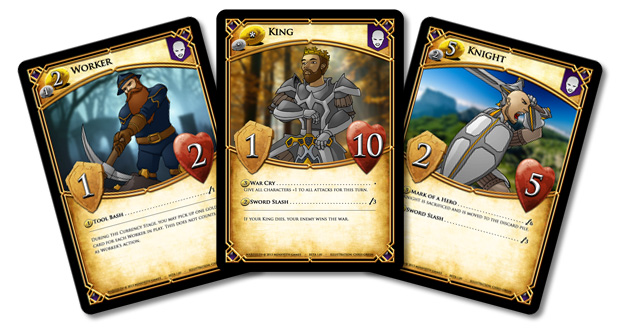 6) What are some other games that if other players liked that game, that they would like WarFields?

I think if you’ve played Magic and Dominion you would enjoy playing WarFields. Even games of other themes like Pokemon and Munchkins I think would also be good references.

7) WarFields is your first Kickstarter table top game project. What are some of the things you’ve learned from this experience that you think other Kickstarter creaters would benefit from?

I had a friend who had a Kickstarter, he had a great video, but only a paragraph of content underneath that. He didn’t have any updates nor do I think he tried to seek individuals that had larger audiences for publicity. Need less to say the magic of Kickstarter wasn’t enough. He got about 10% funded of only an $8000 goal.

My recommendation is this: seek out credible and popular bloggers, podcasters, youtubers, related to the subject matter and have them review, preview, interview, yourself and your project. But don’t just shoot them an email, and definitely don’t shoot a mass email. I tend to ignore those because they are impersonal. Engage with the person you are seeking help from. Read, listen, watch their posts and comment on these things.

After you’ve been a frequent visitor to the site, here is something of a guild line I would use when contacting bloggers:

Greetings [Person's first name. If you don't know their first name, or you're not sure exactly who it's going to, then "Greetings" is fine.],

[Second Paragraph. Introduce your project and talk about your Kickstarter. What it is, the dates it's running through, a link to the preview page, and why it should be featured on their blog, podcast, or video.]

[Third Paragraph. Thank them for their time and let me know that you look forward to future entries.]

One last thing I will say about this is please don’t follow this word for word. For a while I took an example letter and changed it only slightly to fit those I contacted. After a short while it didn’t feel like a personal email, just a mass email that was copy/pasted a few extra times.

To sum it up, start a fresh email every time, be genuinely interested in their posts, tell them about your Kickstarter, and thank them in the end.

8) What were your design inspirations for creating WarFields? 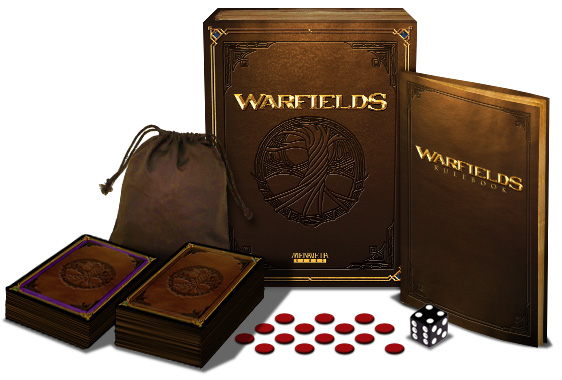 I didn’t have many games to reference inspiration, all I had was the games I have played and what I thought would make a good game. Two examples I could talk about is the gold in the game and the fielding.

Collecting of gold evolved a lot over the course of development. It started out as energy, but I was unsure how players would collect that energy. Not only that, but it felt too much like Mana or the Energy Cards in Pokemon. When I changed it from energy to gold, I had in mind a mine that workers were put in to collect the gold. But instead I left the workers in the combat fields to not only limit the number of workers someone might play, but to also put them in harms way, adding that extra bit of conflict.

The fielding was actually designed so that characters could be played right away without having, like I said before, “summoning sickness.” After fielding was establish has a main mechanic to the game, a flood of ideas poured out of that. Not just melee and ranged attacks, but also teleporting, field bonuses, obstructions. So many ideas came that I wasn’t able to fit them all into the current version of WarFields. Rest assured, there will be expansions.

9) What type of gaming experience do you hope to create for the players of WarFields?

My hope would be that players have a fun and challenging battle. It’s a game. It shouldn’t be taken too seriously. But I also don’t want players to give up without a fight. Even when the odds are against you, you never know if the dice will start rolling in your favor. And, as always, leave room for a rematch.

If you like to check out the Kickstarter, you can go to the Kickstarter website (www.kickstarter.com) and search WarFields. If you want to visit our website, you can find it at: www.menaveth.com. Thanks for checking us out!

Thanks for the interview Chris! Good luck with the upcoming Kickstarter campaign. Make sure you check out WarFields on Kickstarter later this month.

One thought on “WarFields – Interview with Chris Green”